Sacchi Patel is an established social justice educator, speaker, and activist specializing in masculinity and (primary) violence prevention.  His academic and professional work focuses on the various reasons and ways in which men & boys ought to join the Anti-Violence Movement.  Currently, Sacchi serves as Manager of Education and Emergency Response at the Sexual Assault & Relationship Abuse Education & Response (SARA) Office at Stanford University while still holding board affiliations (remotely) with New Jersey Coalition Against Sexual Assault (NJCASA), and the Substance Abuse & Cultural Art Committees within the Municipality of Hanover Township, NJ.

Sacchi has earned a B.A. in Psychology with a Minor in Child & Family Studies; M.S. in Cultural Foundations of Education; & a C.A.S. in Women & Gender Studies all from during his time studying at Syracuse University.  Additionally, he has also taught classes at the Syracuse University Intergroup Dialogue Program on the intersectionality of race, gender, & dialogue in creating positive social change.

As a passionate activist against violence, Sacchi recently worked at the Jersey Battered Women’s Service as an Abuse Prevention Manager where he worked closely with middle schools, high schools, and colleges, in Morris County, NJ and focused on programming with at-risk youth and men and boys.  Additionally, Sacchi served as the Graduate Assistant of the Syracuse University R.A.P.E. Center.  He was involved with A Men’s Issue (AMI), a student group dedicated to examining issues of masculinity and gender violence for six years. He has served as AMI President and went on to be Faculty/Staff mentor. Sacchi is trained as a staff facilitator for the Mentors in Violence Prevention program (MVP) for campus and community application.

Marc Peters is a member of a new generation of male feminists who are speaking out for gender equality and the importance of engaging men in ending violence against women. He helped to co-found MasculinityU to encourage men to rethink popular conceptions of masculinity.

Marc believes that the change that is needed in our country will come from the Millennial generation. That was his motivation to serve as National Student Blog Director for Barack Obama’s first campaign for president. It is also why he recently joined Mobilize.org‘s Speakers Bureau to continue to be a prominent voice on issues of concern to his generation. Marc also currently covers the Preventing Gun Violence & Creating Safe Communities beat as a reporter for Campus Progress.

Marc is a noted mental health advocate. He got his start working for the groundbreaking organization Active Minds that engages young people in ending mental health stigma and promoting help-seeking. He also served as blog director for Glenn Close’s BringChange2Mind. Most recently, he served as a board member for NAMI Arkansas. His work in mental health has given him the opportunity to speak at events around the country. He is also an experienced facilitator who is steeped in liberating structures methodology.

Marc holds a B.A. in Policy Studies and Newspaper Journalism from Syracuse University and a Master’s in Public Service from the University of Arkansas- Clinton School of Public Service. In 2004, he was inducted as a Horatio Alger National Scholar and in 2007 was recognized as one of the top 65 public servants in his graduating class by the Harry S. Truman Foundation. In March of 2012, Marc was initiated into the Pi Lambda chapter of Alpha Phi Alpha Fraternity, Incorporated. 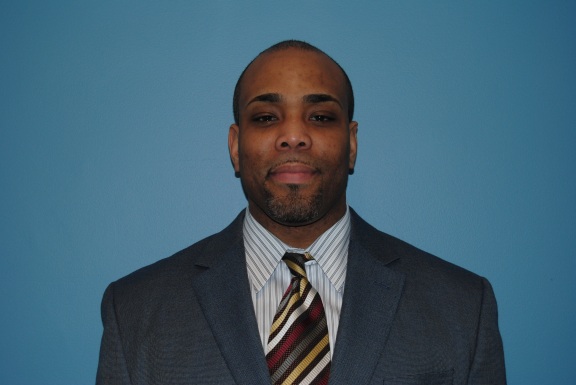 Tremayne’s passion for social consciousness began during his undergraduate years at the University of Virginia (UVA) while enrolled in multicultural education. Yet, meeting Don McPherson at Syracuse University (SU) and collaborating with colleagues and friends in the SU R.A.P.E. Center led to feminism and the birth of A Men’s Issue (AMI). Tremayne learned from and with undergraduate men that challenged their own ideas about sexism and patriarchy while redefining manhood and masculinity.

Subsequently, doctoral training and a broader aspiration to be a pro-feminist Black man engendered research on the social construction of Black masculinity. Tremayne currently works as an Associate Director at SU in Multicultural Affairs.

Also, he is a Faculty Co-facilitator with the Intergroup Dialogue Program at SU and has taught courses on gender and sexual orientation. Additionally, Tremayne has attended trainings at Men Can Stop Rape (Washington, DC) Mentors In Violence Prevention (Boston, MA) and facilitated Alternative’s batters courses with Vera House Inc. in Syracuse, NY.

Tremayne co-founded and was the first advisor of A Men’s Issue (AMI) at Syracuse University (spring 2003) and was subsequently honored as a Vagina Warrior by the cast of the Vagina Monologues at SU in 2004 for his efforts to ‘end sexual violence one man at a time.’ Almost nine years later AMI has received numerous commendations and is recognized nationally as force against sexual violence on college campuses.

My Tweets
Join 1,317 other followers